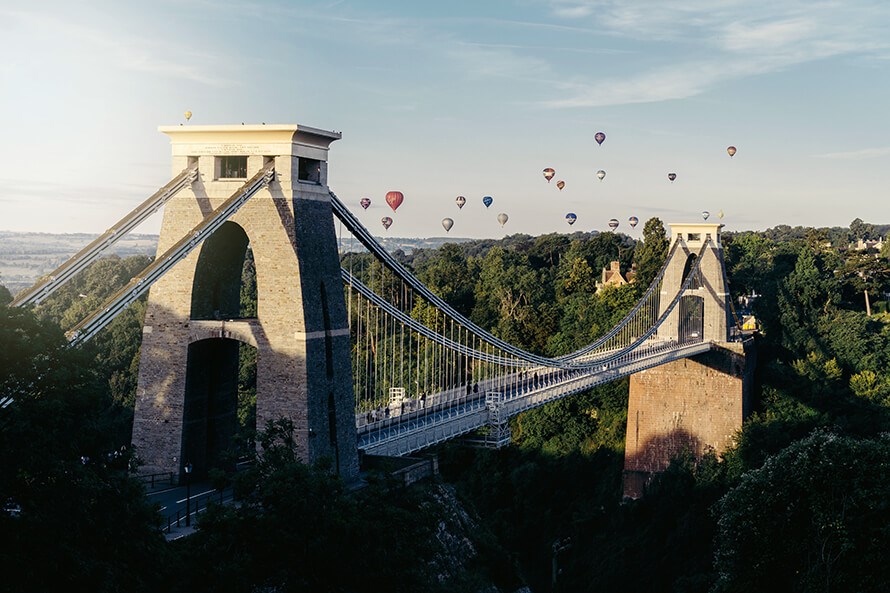 Bristol is an amazing city, which has offered a home to a great number of famous people throughout the years.  They have stamped their own identities onto the city, and visiting the city today, you can see their legacy interwoven in the very fabric of the buildings.

Not born in the city or indeed in the United Kingdom – John Cabot was an Italian-born adventurer who discovered North America.  Probably born in Genoa in northern Italy this widely travelled merchant settled in the port of Bristol in 1490.  He left Bristol in 1497 on the 70-feet long ship called Matthew, with a crew of 18, to find a route to Asia.  On 24th June 1497 – Cabot sighted land and called it New-found-land, believing it to be Asia he claimed it for England.

He discovered a continent that Europeans did not even know existed.

Sponsored by the Sheriff of Bristol, Richard Amarke, whose reward would be to have any new-found lands to be named after him.  Amarke has a lasting legacy with the USA – it is believed that some of his family crest – which can be seen in the Lord Mayor’s Chapel on College Green, Bristol, as part of the Poyntz crest – later became the USA’s stars and stripes flag.

The large modern shopping centre in the centre of Bristol was renamed after John Cabot – Cabot Circus. Cabot Circus is adjacent to Broadmead, a shopping district in Bristol city centre. Cabot Circus contains many shops, offices, a cinema, hotel and 250 apartments as well as carparks, resting places and eateries.

Founder of the Methodist Church, worked and preached in Bristol and a statue outside the New Room (the first Methodist Chapel) in Broadmead is testament to Bristol’s affection for him.

In 1739 John Wesley was asked by two religious societies in Bristol to create ‘a new room’ where they could meet.  This building was used as a base for many activities including a school for the poor, providing food and clothes for the needy, offering free medical care to the sick and helping those in a nearby prison.  Until the deaths of John and Charles Wesley the New Room was the most important centre of Methodism outside London.

With its location in Bristol, it played a significant role in Methodism’s involvement in America. In 1786 Wesley ordained lay preachers to become clergy in America, and the New Room was instrumental in launching his anti-slavery campaign.  This makes the New Room a destination for many Methodists from all around the world.

The New Room was rebuilt in 1748 to double its size, and regular worship is still held in the Chapel, on the lower floor of the building, every Friday at 1pm – all are welcome.  In February 2019 this small venue won the Bronze Award in the South West Tourism Awards’ Small Attraction.  This venue is right in the heart of the city and houses a Museum that tells the story of the John and Charles Wesley and Methodism.  Charles Wesley, John’s brother – wrote many hymns, and preached with his brother in Bristol – living in the city from 1749.

Hannah was born, lived and died in Bristol.  She was a writer, educator, social reformer, and philanthropist.  Born the fourth of five daughters to Jacob More, a schoolteacher.  He schooled them all including Latin and mathematics. In 1758 Jacob set up a girls’ boarding school at Trinity Street in Bristol, for the eldest sisters – Mary and Elizabeth - to run.  Hannah attended this school from 12 years old, and then taught in the school.

She was engaged at 22 to a local landowner – William Turner.  The wedding never took place, and Hannah received a sum of £200 per annum from William as compensation.  This gave her the freedom to give up teaching and concentrate on writing.

She was one of the most prolific British woman writers before the Victorian age. More’s collected works cover eleven volumes.  She wrote on abolition and she was a vocal advocate of women joining the anti-slavery movement.

She was extremely clever and was a member of a group of intelligent women call the “Bluestockings’.  In 1787 she become a member of the “Clapham Sect’ (who were wealthy evangelical Christians living in Clapham).  Through this group, who were opposed to the Slave Trade she became friends with William Wilberforce.  This abolition movement gave her writing a public voice, and in 1788 she wrote ‘Slavery, a Poem” coinciding with Wilberforce’ parliamentary campaign for abolition.  The poem describes a mistreated, enslaved female who is separated from her children, and it strongly questions Britain’s role in the Slave Trade.

McAdam was another noteable, who was not born in Bristol, but took the city to his heart.  He lived in the city from 1801 and developed a new road system within the city, as well as a new process of road construction.  Now known as tarmac and used throughout the world.

Not born in Bristol, his influence on the city is immeasurable – including the Clifton Suspension Bridge, SS Great Britain, and the Old Passenger Shed at Bristol Temple Meads.

This famous engineer played a key role in Britain’s industrial revolution.  Designing and constructing railway lines, bridges, tunnels and docks, and introducing engineering advances to naval ship building. His father was a well-respected French engineer, who settled in England during the French Revolution.  In 1929 Brunel won a competition to design the Clifton Suspension Bridge and it was then that he joined the Great Western Railway Company.  During his lifetime he engineered over 1,200 miles of railway, including the Bristol to London main train line. This included all necessary viaducts, bridges and tunnels.

His involvement in the re-design and construction of three major ship-building projects are known universally.

2.    The ‘Great Britain’, an iron ship built in 1843, which at that time was the largest ship in the world.  First iron screw-propelled ocean steam ship, which over the next 24 years carried 16,000 emigrants to Australia.

3.    The “Great Eastern’, designed to carry over 4,000 passengers to Australia without refuelling, this ship when launched in 1859 was the largest ship ever built.  This ship was converted to a cable-laying ship, and laid the first lasting transatlantic telegraph cable in 1856.

There are connections to Brunel, across the city and visiting some of these sites can prove to be a very interesting and exciting city-break.

The Aardman Studios are in the heart of Bristol.  Nick Park’s many cartoon characters, including Wallace & Gromit and Shaun the Sheep have all been conceived and born in Bristol.

The famous writer – JK Rowling – was born Joanne Rowling in 1965 at Yate near Bristol. Her father, Peter, was an engineer for Rolls Royce in Bristol.  She was born a few miles from the town of Dursley (Harry Potter’s Muggle-family)!

Born in 1974 in Bristol, he was part of the wave of street art that took Bristol by storm during the 1980s.  Some of his earliest work is hidden around the city, and there are several Banksy Trails around the city centre – which can be downloaded and followed – visitbristol.co.uk.

Concorde at Filton
History of Bristol